When you book with an account, you will be able to track your payment status, track the confirmation and you can also rate the tour after you finished the tour.
Sign Up
4821

An unforgettable 11 days adventure across Morocco.

Come with us on an unforgettable adventure across Morocco. On this tour you will experience everything this country has to offer; Mountains, Deserts, Oceans, Rivers, Royal Cities, Palaces, Mosques and Mausoleums.

You will visit age-old imperial cities which evoke the romantic atmosphere of the book ‘One Thousand and One Nights’ and, stepping back a millennium or so, you’ll imagine yourself to be Queen Scheherazade or King Shahryar.

You will mount up to join a camel safari through the magnificent sand dunes of the Sahara. And, when you finally chill out on the Atlantic coast, you will well and truly deserve it!

Arrival time of your flight

Pick up from Marrakech Airport and transfer to the riad where you will spend the first 2 nights.

Marrakech is a city to dazzle the senses, today there will be a full day sightseeing tour to introduce you to its delights. Highlights include the marvelous Jemaa El Fna Square – once a site of public execution, now full of storytellers and snake charmers; the Saadian Tombs, Bahia Palace, Ben Youssef Medersa and the beautiful Majorelle Gardens.
B

Today, we pick you up from the riad in Marrakech and departure to Ait Benhaddou over the High Atlas mountains passing through the spectacular Tizi n’Tichka pass (2260m).
Ait Benhaddou is a small town with one of the best-preserved and most sought-after Kasbah’s to visit in all of Morocco. You will visit the UNESCO World Heritage-listed Ksar at Ait Ben Haddou.Spend the night in a riad/guesthouse.
B/D

After breakfast you will drive to Ouarzazate and stop near the Atlas Film Studios for a photo then continue to the city center for a panoramic view of the Kasbah of Taourirt. Driving towards Todra Gorges passing by Kelaa M’gouna, Boumalne du Dades and stopping for a panoramic view of Dades valley. Later on, we will continue to Todra gorges via Imider and Tineghir. Stopping along the way for photos and admiring the views. Arrival to Todra Gorges to enjoy its marvelous Canyons views.
B/D

In the morning you will have free time for walking in the beautiful area of the Todra Gorges. In the afternoon you will drive via Tinejdad and Erfoud to the captivating dunes of Erg Chebbi, these dunes are called also Merzouga Dunes. Arrive to the auberge and get ready for a camel trek for an hour and half to enjoy the sunset. While on the back of your dromedary, you will continue to the camp for an overnight in traditional nomad tents. Dinner and spend the night in a bivouac in the middle of the dunes.
B/D

Wake up early morning to enjoy the sunrise on the top of the dunes in the Sahara Desert and ride on camels back to the auberge where you will have breakfast and can have shower. You will depart to Errachidia via Erfoud, Aoufous and the valley of Ziz then stopping for a panoramic view of the oasis of Aoufous in the Tafilalte region. Continue to Midelt across the pass of Tizi N’talghamt and have lunch break. After lunch you will be driven to Fes (the medieval city) via the Cedar forest near Azrou and the mountain of the middle Atlas with the possibility to see the Barbary apes. You may have a stop in Ifrane (the Switzerland of Morocco) before arriving to Fes where you will spend 2 nights in a riad.
B

Enjoy a half-day medina walking tour, with free time in the afternoon to explore more of the city. The Fès medina is the world’s largest living medieval medina and a UNESCO site. Explore the artisan quarters, sample treats from the carts, and view Fès’ famous leather tannery from above. In the evening, opt for dinner in a converted riad complete with local specialties, music, and belly dancing or visit a local hammam to chat with the locals. Additional Notes: Only certified local guides are allowed to act as guides in the medina, so your CEO cannot go with you to the medina during free time.
B

After breakfast we continue via the beautiful sceneries of the Rif Mountains to reach “the Pearl of the North”, “Chefchaouen”. We will explore the blue city of Chefchaouen known for its blue-washed walls, a testament to the city’s rich history. Morocco’s blue city attracts travelers and Moroccans alike, both of whom are intrigued by this enticing and unique city.
The blue-glazed houses and buildings were build originally by the town’s former Jewish population. Chefchaouen was one of the cities that helped Moriscos and Jews who sought refuge after the Spanish Reconquest in medieval times. Moulay Ali Ben Moussa Ben Rached El Alami and the exiles used the fortress of Chefchaouen to fight off the invading Portuguese who were entering Morocco from the north. In 1920, the Spanish seized Chefchaouen to form part of Spanish Morocco.
You will spend the night in a guesthouse.
B

Departure to Meknes, visit the imperial city with its famous door, Bab El Mansour, the mausoleum of Moulay Ismail and the basin of Agdal. You will discover the ruins of the Roman city of Volubilis located about thirty kilometers from Meknes and holy city of Moulay Idriss, pilgrimage center of any Moroccan. Overnight in Meknes.
B

Today you will drive from Meknes to Rabat, the political capital of the country. Here we will visit the Hassan Tower, Mohammed V Mausoleum and Oudaya Kasbah. After that you will drive further to Casablanca. Overnight in a hotel.
B

Transfer to Casablanca Airport and departure
B 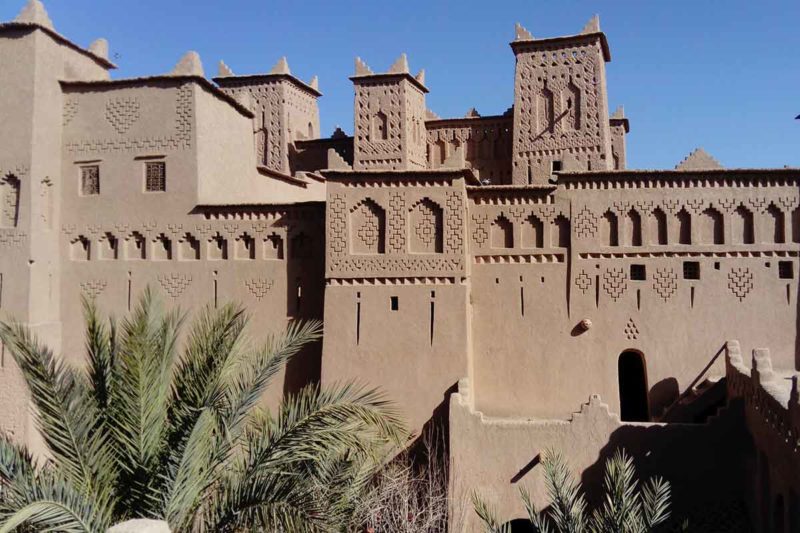 From500€
Availability : Jan 17' - Dec 30'
0
7 travellers are considering this tour right now!
We use cookies to ensure that we give you the best experience on our website. If you continue to use this site we will assume that you are happy with it.OkPrivacy policy